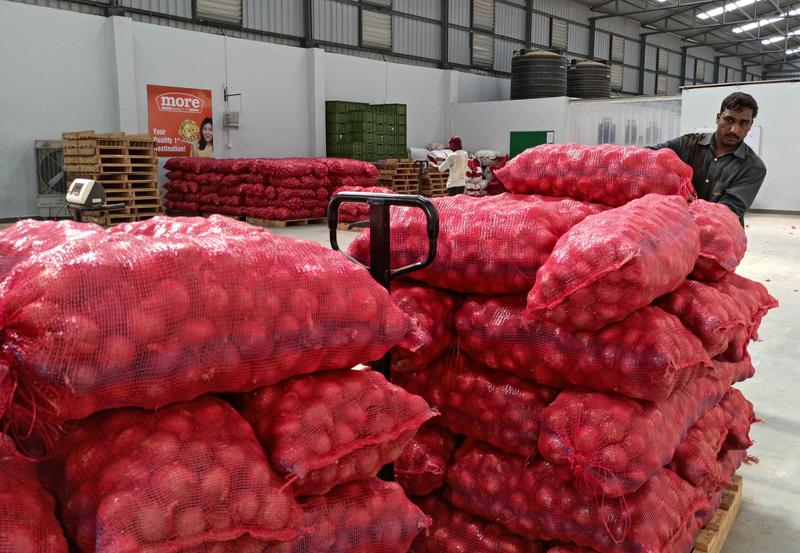 MUMBAI (Reuters) – India decided on Monday to lift a ban on onion exports from Jan. 1, as prices have fallen sharply in the last few weeks on expectations of a big crop.

Exports of all varieties of onion will be allowed, the Ministry of Commerce and Industry said in a notification.

India banned exports of onions in September to preserve domestic supplies after flooding in several states worsened seasonal shortages, leading to a spike in local prices.

India is the world’s biggest exporter of onions, a staple of South Asian cooking. Countries such as Bangladesh, Nepal, Malaysia and Sri Lanka rely on Indian shipments.

Wholesale prices of onions have more than halved in the last four weeks, according to data compiled by the National Horticultural Research and Development Foundation, a government agency.