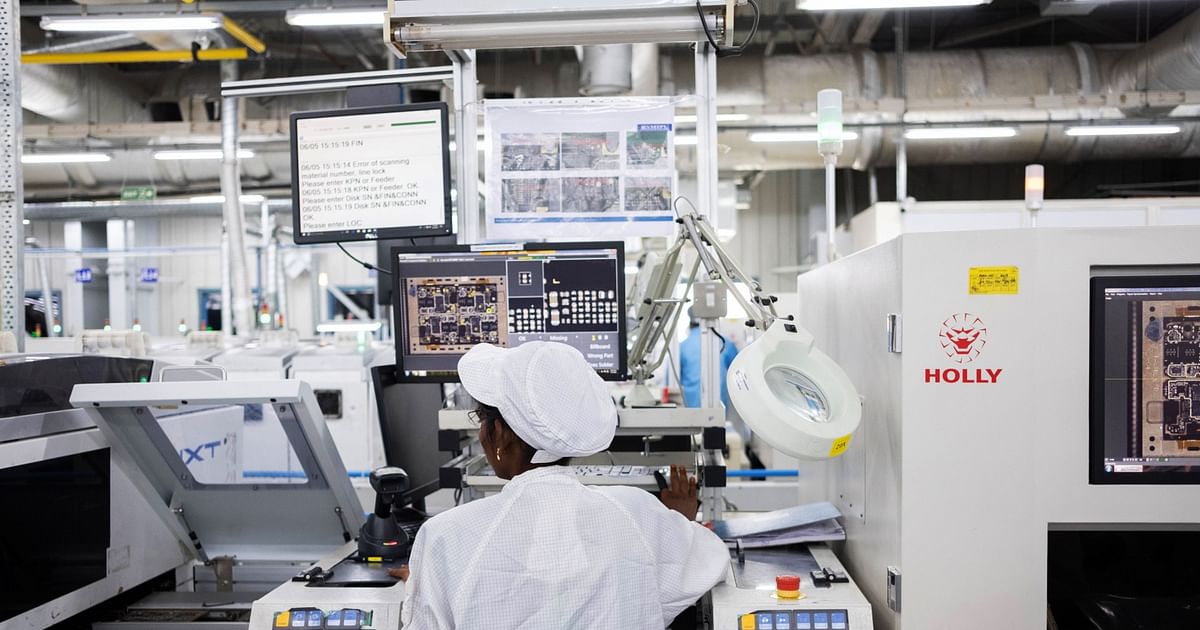 Domestic firms include contract manufacturers Dixon Technologies Ltd. and Optiemus Infracom Ltd., and phone makers Lava International Ltd. and Micromax Informatics, according to a government statement. Samsung Electronics Co., Rising Star and contract suppliers to Apple Inc.—Foxconn Technology Group and Wistron Corp.—are among the international firms that have made the cut for the production-linked incentives.

Incentives will be provided in each of the next five years for manufacturers opting for the scheme. India expects production worth Rs 10.5 lakh crore and exports amounting to Rs 6.5 lakh crore over five years by domestic and global companies. Domestic value addition is expected to grow from 15-20% at present to 35-40% in the case of mobile phones and 45-50% for electronic components, it said in a statement.

The incentives would be disbursed from a Rs 45,000-crore fund, according to the draft regulations for the electronics manufacturing policy. Of this, Rs 41,000 crore would be disbursed to firms based on production-linked incentive criteria. The rest would be offered under a proposed capital subsidy or reimbursement scheme.

Subsidies for mobile-phone manufacturing with factory cost up to $200 (Rs 15,000) have been earmarked exclusively for Indian firms with a similar incentive structure (4%-6%). Up to 80% of such smartphones are already being assembled in India, according to media reports.

Dixon Technologies to be a significant beneficiary as over 70% of smartphones sold in India are priced at less than Rs 15,000, Aditya Bhartiya, an analyst at Investec Securities, said.

Dixon Technologies’ strategy of leveraging a domestic mobile PLI win for exports should aid long-term volume certainty if it achieves significant scale benefits and cost competitiveness, according to Renu Baid, an analyst at IIFL Securities. The brokerage assigned a 2025-26 target price-to-earnings ratio of 20 times for the company to arrive at its current discounted value of Rs 2,300 per share.

Dixon Technologies has a presence in smartphone assembly operations, with customers like Panasonic Corp. and Gionee, since 2016-17. It also manufactures phones for Xiaomi and Samsung. The company said in recent disclosures to the exchanges that it has concluded an agreement with a large global brand for the domestic and export markets.

Dixon Technologies has got large contracts with big global brands for servicing not only the domestic markets but also for exports, Chief Financial Officer Saurabh Gupta told BloombergQuint. Project implementation, Gupta said, will be accelerated, and the plan is to start production sometime in the fourth quarter of fiscal 2021.

In July, five domestic companies had applied under the scheme for the mobile-domestic category, with Dixon Technologies and Lava submitting two applications each. Micromax, Karbonn and Optiemus Infracom were the other applicants.